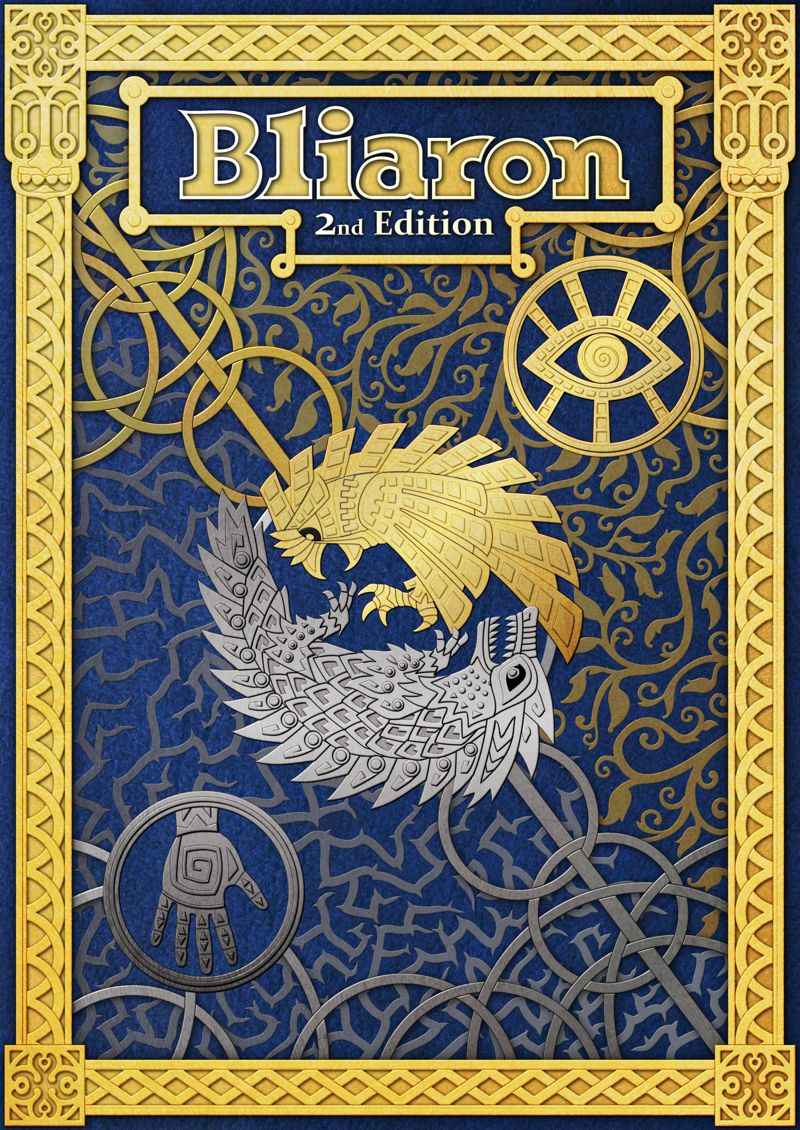 Bliaron 2nd Edition is a fantasy table-top role-playing game of spiritual magic and bronze-age political, ideological and cultural tensions. With over 15 years of development, Bliaron has matured into a ripe, powerful and complete game that is suitable for both beginners and experienced gamers alike. It’s a game for those who want to be drawn in by a rich fantasy story, and not be bogged down by slow, complex or hard-to-understand rules.

With deep and well thought out magical theory, natural spirits, fundamental Forces and power imbued in runes, Bliaron is the game to choose for those who are interested in play of thought around concepts of reality, nature, time and space. It’s the magical meta of the stone age man, when natural forces are explained by spiritual creatures and magical actions. Bliaron’s magic system is a play of thought around questions “What if our feelings are manifestations of the supernatural?” and “What if natural forces are mere reflections of spirits around us?”

Rules are designed to be easy and quick. Effort has been taken to provide advice and material to carry GM’s and players through all phases of a story. Encounters and world regions are provided with story hooks, story-enriching questions and drama-creating tensions. Spellcrafting system supports an extreme amount of possibilities what magic can do, both through the creation of spells and magic items. As a pdf e-book with over 200 pages of creative material, Bliaron provides gaming groups with deep and detailed background setting, but you can start to play by skimming through the most important bits, leaving out the rest of the material for later games.